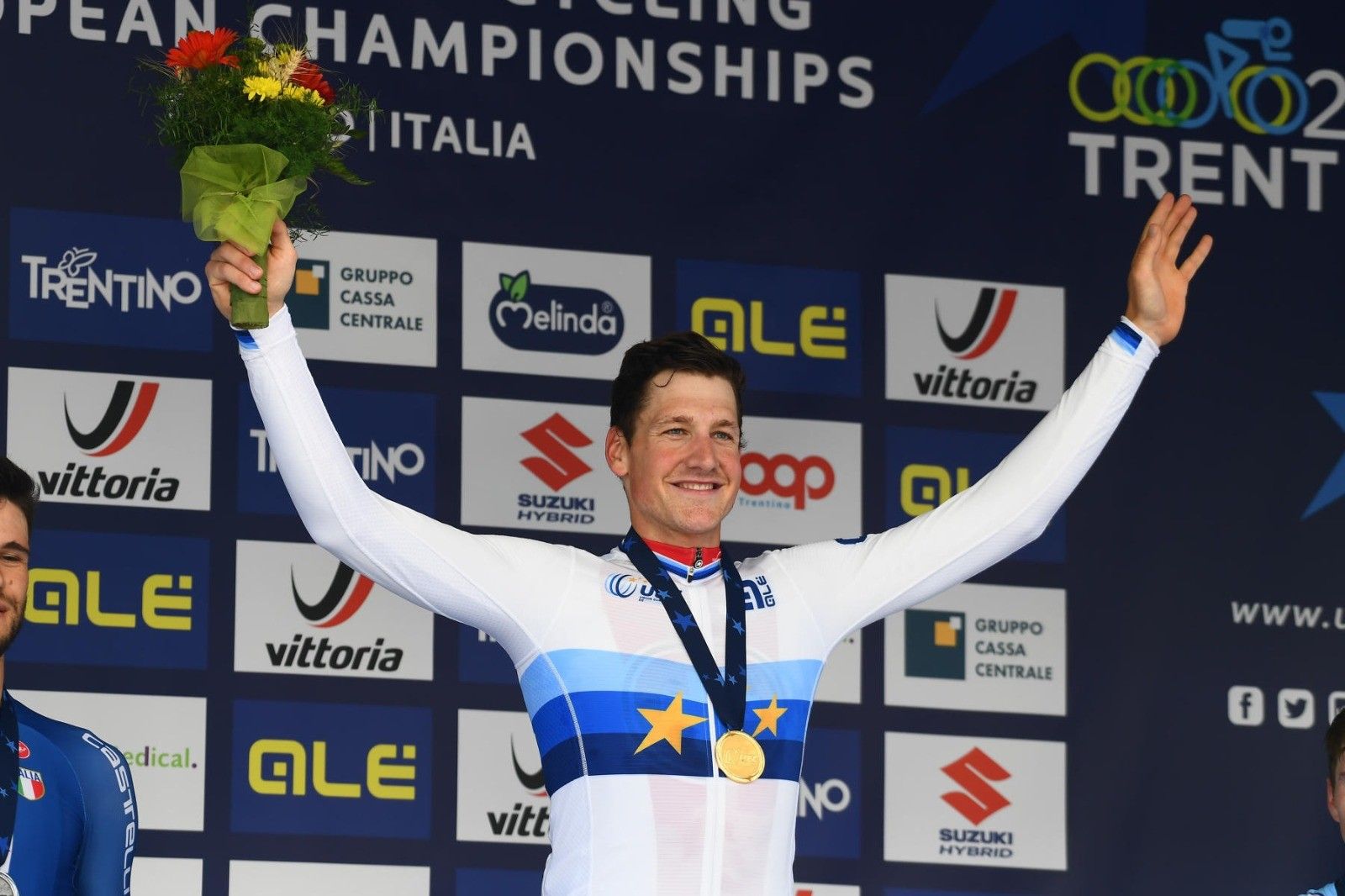 The Swiss rider, of the Groupama-FDJ Cycling Team, gets to wear for another year the jersey of European Champion in the time-trial discipline.

This year, the European Time Trial Championships were held in Trento, Italy, on a 22.4-kilometre rolling circuit. Among the 39 riders to start the time trial were the Italian; Filippo Ganna and the Belgian; Remco Evenepoel. But Stefan Küng was able to master his effort to perfection, to win and take on the jersey of European champion for a second consecutive year.

The Swiss rider was 3 seconds behind the Italian at the halfway point, but it took more to destabilize him, by perfectly managing the second part of the race on the handlebars of his Aerostorm, the Swiss rider took 10 second’s on his rival before finally winning with a 7 second lead.

An excellent performance from the Groupama FDJ Cycling Team rider, who had come very close to a podium during the Olympic Games in Tokyo.

Find the Aerostorm of the European time trial champion on our website. 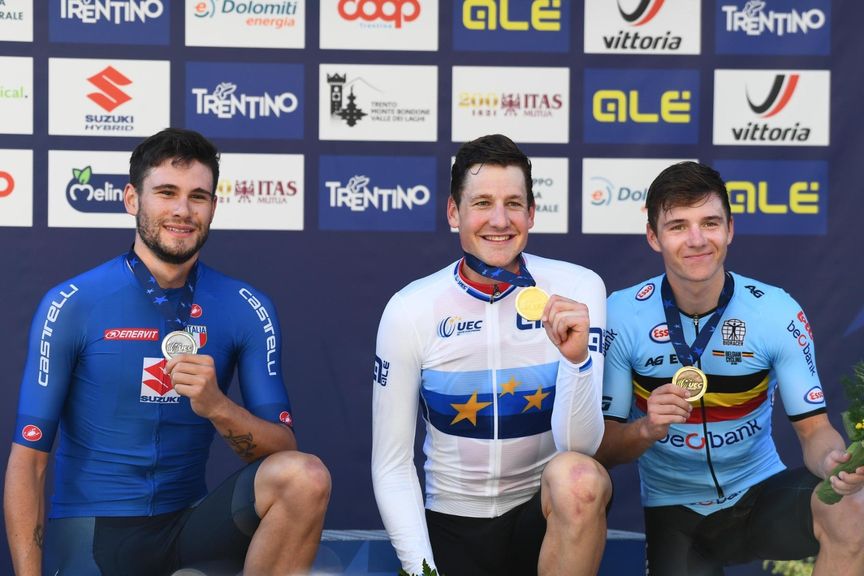