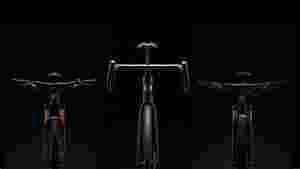 In 2021, Lapierre celebrated its 75th anniversary. An exceptional year, full of new products that will take the brand into the future. To celebrate this anniversary year, we are unveiling a special 75th Anniversary collection of three flagship models from the road, MTB and ATV ranges.

Each purchaser of a 75th Anniversary model will receive a unique Lapierre 75th Anniversary box after scanning the specific QR Code assigned to each bike. This box contains the book "Lapierre - A history of enthusiasts" which retraces the 75 years of the brand through the experience of the company's employees, as well as a limited edition pair of glasses co-signed by Lapierre x Julbo with the Fury model and its Reactiv photochromic screen.

Launched on the roads of the Dauphiné and the Tour de France 2021 with the Groupama-FDJ cycling team, the new 3rd generation Xelius SL remains a unique and exclusive model. The 75th Anniversary edition is finished in a carbon finish with a simple translucent varnish highlighting all the work done on the new UD SLI carbon lay-up.

The full integration of the Di2 harnesses and brake hoses streamlines the lines of the bike and improves the aero of the bike. The ultra-light frame, only 725g with a specific Team lay-up for each size (Light XS/S/M, Stiff L/XL), is equipped with the new Shimano Dura-Ace 12 speed groupset and the new Dura-Ace C36 TL wheels.

To achieve excellence, this Xelius SL3 75th Anniversary is the only model in the Xelius SL range to be equipped with Lapierre's new ultra-light and rigid carbon combo handlebars. The total weight of the bike flirts with the UCI limits with only 6.8 kg in size M. 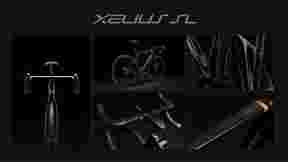 The new XR Marathon marks Lapierre's return to the top level of cross-country performance and competition. Completely redesigned around a new kinematics, the rear triangle has no bearing pivot point between the chainstays and seatstays.

The 100% carbon construction of the rear triangle ensures vertical flexibility of the seatstays to achieve 110mm of rear travel with progressive end-of-stroke adjustability for improved grip and performance.

The entire frame and rear triangle are made with the new UD SLI carbon and VHM Toray T1000 carbon fibres to keep the weight of the frame as low as possible (1780g without shock) and to have maximum responsiveness. The raw carbon finish highlights the UD SLI fibres and the glossy finish exacerbates the lines of the bike.

Its light weight, combined with the new racing geometry, improves stability on descents and traction on climbs. 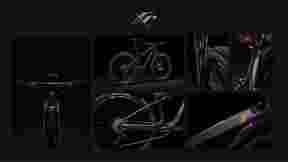 The Overvolt AM 75th is the flagship model of Lapierre's VTTAE range, a true all-rounder for the mountains, and a slope and steep road racer. It benefits from a total redesign of the Supreme 5 aluminium frame to better integrate the Bosch Performance Line CX Gen4 Smart System engine block and the new Bosch PowerTube 750 Wh battery, so as to better concentrate the masses (GLP concept). The Overvolt AM 75th has been designed to push its limits even further and is now even more responsive and easier to ride.

This evolution of the frame still integrates the concept of differentiated wheels 29'' at the front and 27.5'' at the rear with the new Mavic E-DeeMax S for precision riding.

The new Overvolt AM 75th also features 170mm of travel at the front with the Fox 38 Float Factory fork and 160mm at the rear with the Fox Float X Factory shock.

Purists will have noticed the full integration of the casings in the down tube and chainstays and will appreciate the new aluminium motor housing, the fork bumper in the frame or the noise-reducing chain guide.

And for an anniversary bike, exceptional components: the SRAM XX1 and X01 groupset or the Race Face Six C Carbon handlebars complete the top-of-the-range assembly. 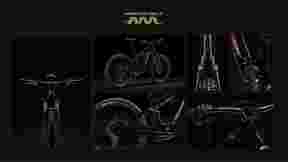