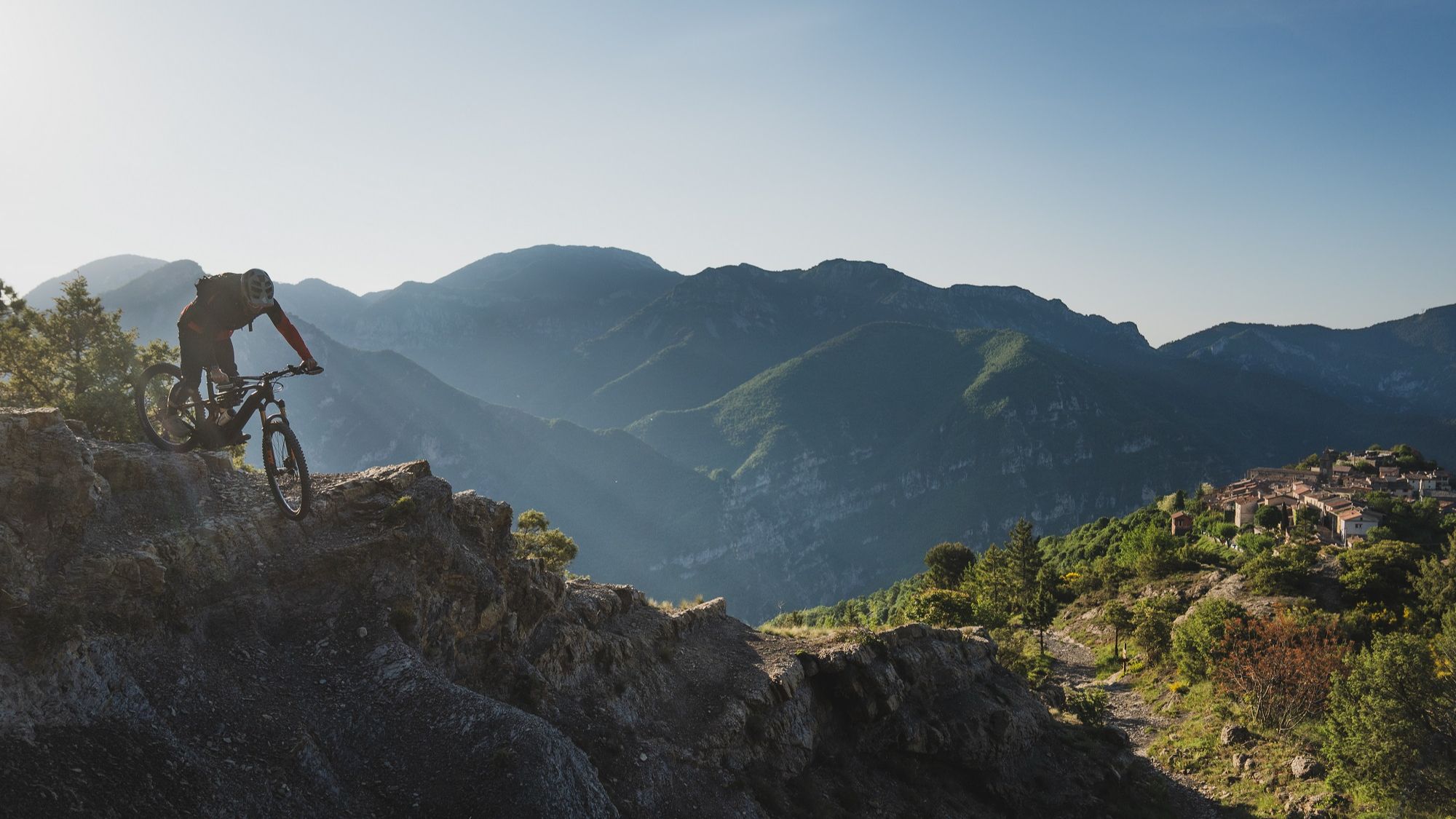 Discovering the Vésubie valley and local breweries by MTB

This is not just the story of a beautiful walk through the Vésubie valley, in France, in the setting where the Transvésubienne takes place every year. It's the story of a special beer, of a flood, of a community that comes together around those who have lost so much, of how an electric bike can shorten distances.

The Vésubie Valley is a geographical anomaly. If you start drawing straight lines across the map you might be fooled into thinking it is quite close to Nice. You would be wrong. Somehow the valleys and mountains twist and turn to make the route in and out torturous and long. Each year riders make the pilgrimage there for the Transvésubienne, a hellishly tough, big mountain XC race that links the high mountains of the Vésubie to the beach below.

The main memory of that race, beyond the suffering, is always the cold beer at the end. Because do you know what the best beer is? The cold one after eight hours of torture on the bike. It’s not just any beer, it is Biere de Comte. Brewed in Saint Martin, the finish line for the prologue. It takes its unique flavour from the water running down off the mountains. Yet it is that same water which brought disaster to the brewery and the community around it. 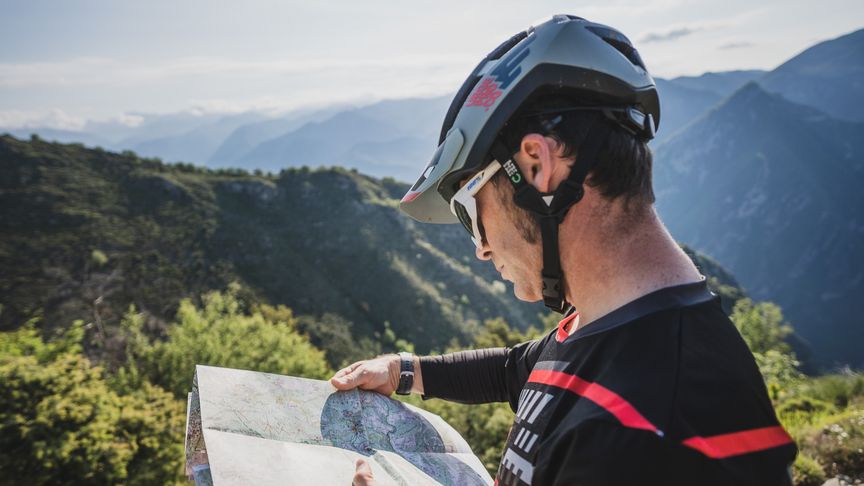 2 October 2020. Master brewer Laurent Fredj went to work like any morning. Sure, there had been weather warnings, but up here in the mountains they are used to hard weather, as he says “here, when it rains, it really rains.” As the rain beat down on the metal roof his small team busied themselves with the latest batch, getting ready to bottle the beer. But by lunchtime he was starting to worry a little, this was a big storm, bigger than normal.

Gathering his men, he advised them to take a moment to move their cars to higher ground. As the afternoon began the noise changed. It mounted, getting more urgent, more worrying. It was a Friday and they knock off at half past three anyway, so he sent his team home and locked the doors. The waters were rising higher and higher and he left with a head full of worry about how bad the damage would be, how long it would take to dry everything out, how much production time he would lose. 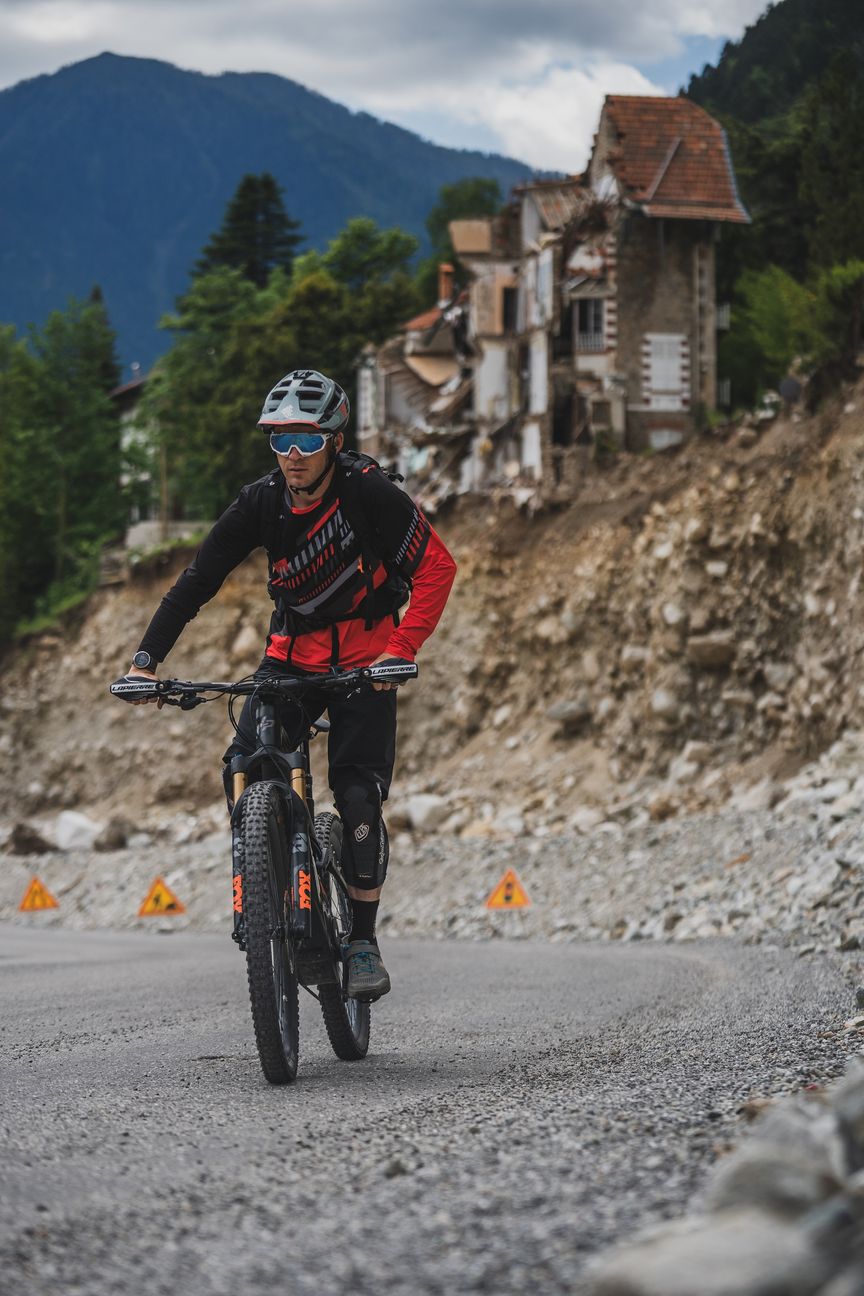 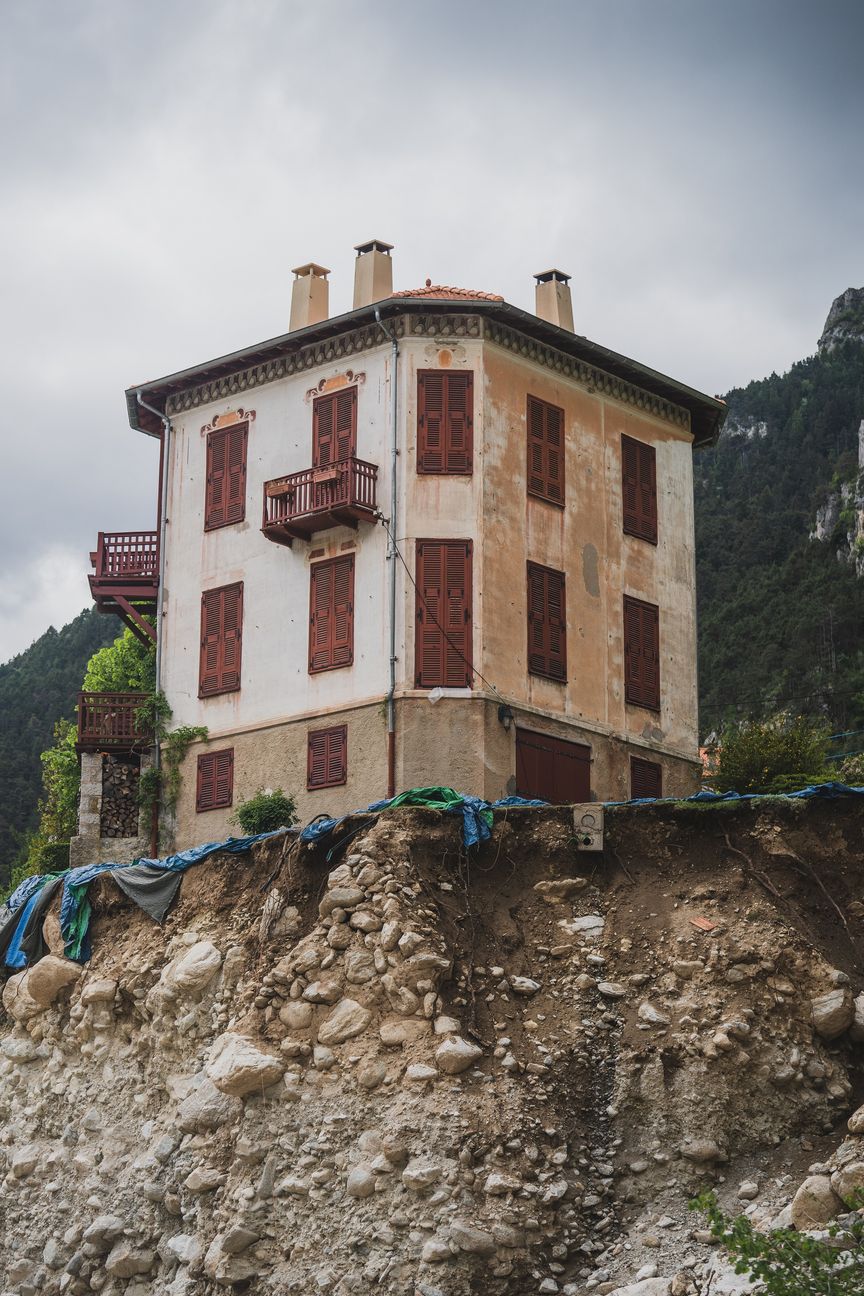 Nothing could prepare him for what he saw as he headed down to check the damage the next morning. Every day he liked to spy the building from the bridge near his house, but he could not believe his eyes. It was gone. The very ground the building stood on was washed away leaving nothing but water, dirt and rock. Little more than a crater remained where his life’s work had stood just hours before. A hard, mountain man with little time for life’s softer side, Laurent has to pause telling his story as he is struggling to get his words out through the tears.

Tempeste Alex was unlike any storm anybody had ever seen. Over the course of 24 hours 900mm of rain fell on the mountains above Saint Martin de Vésubie. To put that in context, the average annual rainfall for Paris is 641mm. That incredible volume of rain sent 45 million cubic metres of water and 45 million cubic metres of sediment crashing down the valley, taking 100 homes, 12 businesses and four lives with it. Laurent grimly notes that it could have been much worse if the storm started through the night when people were in their beds.

The world of beer-brewing is a small but tight one. In a profession where your signature flavour is a complex blend of ingredients and processes, everyone guards their recipe jealously. Yet when disaster struck the community gathered together in just hours to keep the beer flowing. Local brewers offered Laurent space in their production while he figured out what he was going to do next. With the valley devastated, roads cut and bridges washed away the only way out of the valley would have been the old ways - the mountain passes and trails that have criss-crossed this area for thousands of years, although rather than a mule an ebike is a much better tool for the job. 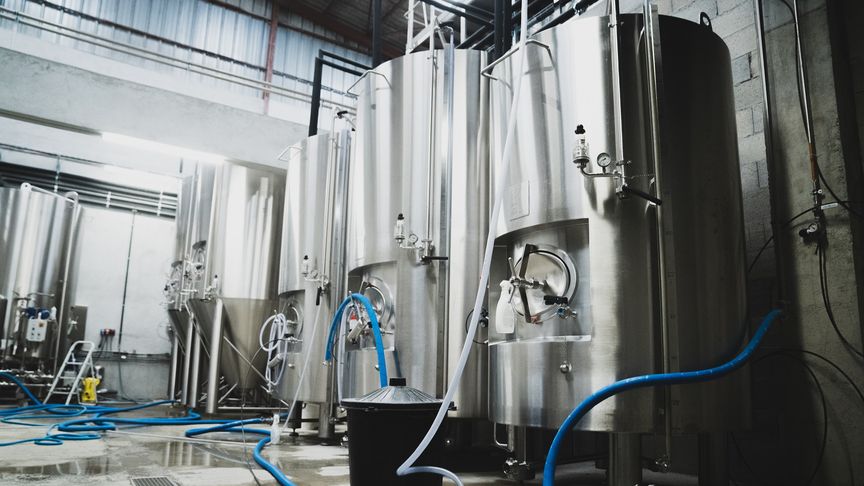 With the lower valley in ruins, up is the way to go. Along the West flank of the valley there is a ridgeline trail that runs from La Colmiane to Utelle. In such a deep valley reaching that trail is no small feat. The lower slopes would have been in ruins after the storm, with each tributary or torrent suffering the same fate as the river below, just on a smaller, steeper scale. Today the roads and pistes that reach up towards the trail are open once more, but immediately after it would have been treacherous to cross the ravines and gullies created by the storm. Reaching the higher trails should bring relief, but on a bike it brings pitches that only a mountain goat could scale and soon the bike goes up onto the shoulder with the ridge still high above. 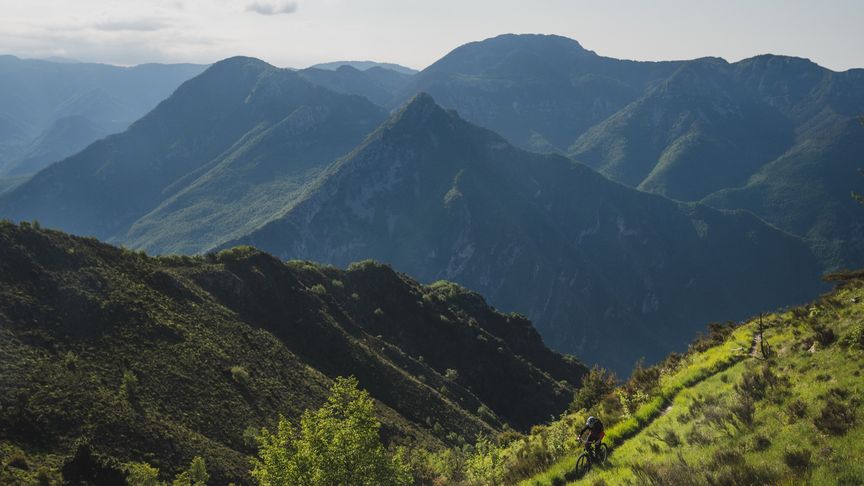 Pushing on you finally join the ridge and can begin to enjoy the journey. Looking back you can see the valley far below, the unimaginable destruction now just a fine grey strip flanking the river far below, a tiny, grim model of a disaster. 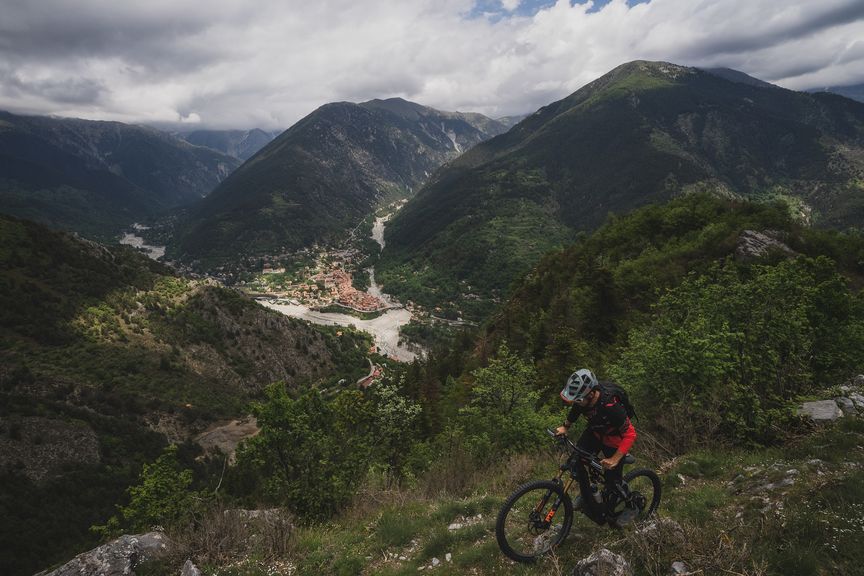 Rounding the stone monolith that is the Brec D’Utelle it is time to brace for the first real descent back towards the river. The trail is littered with awkward stone protrusions and rolling rocks, but somehow, if you get it just right, you can let the bike flow between them. Sure, an ebike was hard to get up to that ridge, but now on the descent those sticky tyres and great suspension are a godsend, a much more fun experience than arriving on the red line aboard a sketchy XC bike.

The river crossing below Utelle survived the storm - the valley is deeper there so the water couldn’t wreak the same havoc. Crossing the river means climbing again though. The lower slopes are gentler here as you rise up towards the perched village of Loda, then wind up to Col de Porte. There is time for a quick pause to take in the passage from the Vésubie to the Paillons before you turn once more away from civilisation and mount the northwards flank of the Beasse. Before long things are too tough for pedalling and the bike soon returns to its familiar rest on my shoulders. The only way to keep going her is to keep telling yourself that this is the last big climb as you skirt the flanks of the Beasse you reach the end of the last major climb and can begin to look forwards to the descent. 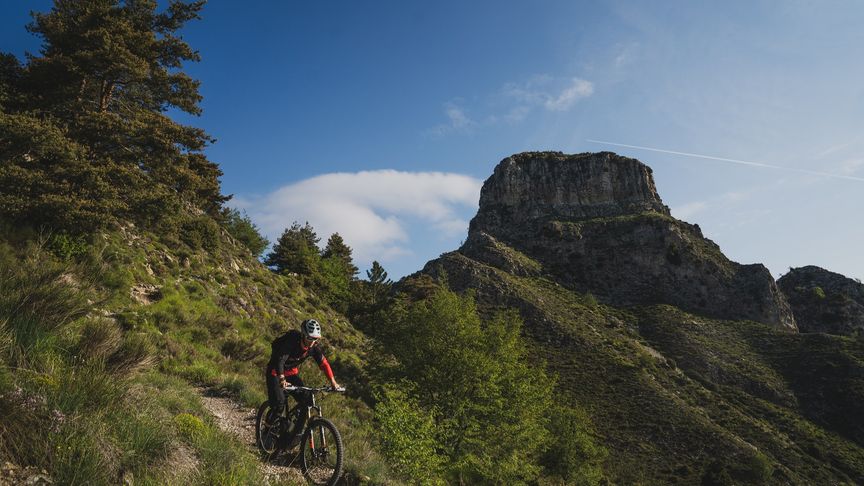 Passing out of the high alpine forest you follow the ridge down through Rocca Sparviera, an abandoned medieval village with a bloody history. Another short climb gets you back onto the ridge towards Mont Macaron. Soon the long descent starts to feel as hard as the climb though. To keep your flow you need to constantly work, hunting for lines to keep you out of the worst of the rocks and maintain your speed. If you slip and lose speed it is a start-stop nightmare of awkward shapes, but holding the speed has a price too and soon your arms and hands begin to burn. Mercifully, as you get closer to Mont Macaron things begin to ease up. You arrive in the areas where people walk and hike regularly, so the trails are a little more worn and the flow comes a little more easily. 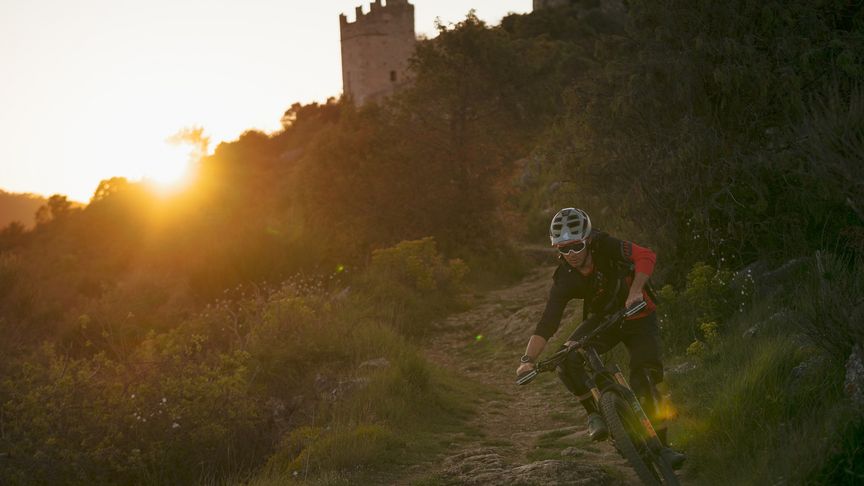 From here it is a short dive down into the Paillons valley and the final destination - La Grave de Peille. Sitting on the banks of a very different river is Brasserie de Ligures. Guillaume, the master brewer, is waiting with a cold beer.

This is one of three breweries where Laurents beer is being brewed while they rebuild. Guillaume says that it was an easy decision to help out their fellow brewer. He sees them as a community, and even let one of Laurents staff come and work in his brewery to oversee the production, saving another job in the process. He is proud that as craftsmen they look after each other, even if they spend much the time carefully protecting their secrets from each other.

Of course, it’s not the regular beer Biere de Comete being brewed here in Peille. The village is fed by the Paillon, not the Vesubie, so the water is not the same so it wouldn’t taste quite right. Instead they have named this temporary beer Monta Cala, local dialect for “to climb and descend” to signify the journeys back and forth between the littoral and the mountains.

Meanwhile back up in the mountains Laurent is focused on rebuilding. He is already working on a new facility that will increase their production from 4,000 to 10,000 litres per day. And Guillaume sees more positives coming from this, “By working with them we have the chance to learn a little about how they do things, and hopefully they can learn a little about how we do things. In this way we will have learned something new and we will all come out of this disaster stronger.” It is going to take more than a natural disaster to stop the beer flowing. 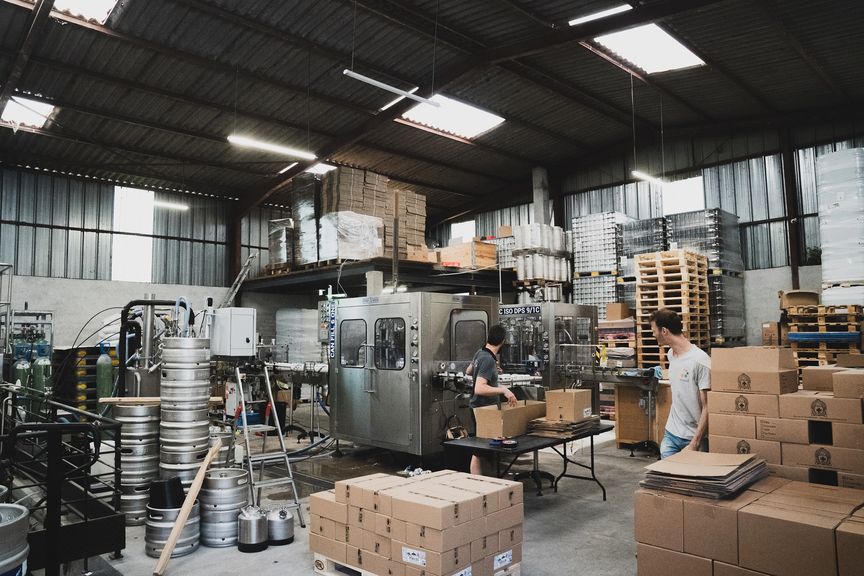